A crystal structure that combines a semiconductor and a superconductor is a tantalizing prospect for creating energy efficient computers, or quantum computers, which harness the unique quantum mechanical properties of superconductors. Superconductors carry current with little or no energy loss, while semiconductors offer the control and versatility that has made them a hallmark of transistor technology.

The challenge is to combine the two states and make sure you get the best of both electric worlds – and can still isolate them.

A collaboration between researchers at Cornell and the Paul Scherrer Institute in Switzerland has made it possible to grow a thin layer, only a few atomic layers thick, of one of the oldest known superconductors, niobium nitride, on gallium nitride, a semiconductor which over the past decades has become an essential component of optics and power electronics. For the first time, researchers have successfully measured the electronic properties of the junction between the two materials, a crucial step towards the creation of hybrid superconductor-semiconductor quantum devices.

The groups paper, “Electronic structure resolved by pulse and band shifts in a superconducting / semiconductor NbN / GaN epitaxial heterojunction», Published on December 22 in Science Advances. The main co-authors of the article are Cornell doctoral student John Wright and Tianlun Yu with the Paul Scherrer Institute.

the Jena-Xing Laboratory previously demonstrated that they could integrate niobium nitride with gallium nitride in epitaxial structures and in doing so take advantage of exciting quantum properties. For their new project, they wanted to understand the electronic properties of the two materials independently, as well as the properties at the junction, or interface, where the materials meet.

The group used molecular beam epitaxy to grow a high-quality, precisely controlled crystalline superconducting sample only a few nanometers thick – in itself a significant achievement. Then, they developed a complex capping procedure to preserve the quality and purity of the sample and sent it to their partners at the Paul Scherrer Institute, who used angular-resolution soft X-ray photoelectron spectroscopy ( ARPES) to measure electronic properties both at the surface of the material, as well as deep inside it.

“Historically, niobium nitride was one of the oldest known superconductors. Yet people had failed to measure its complete quantum mechanical electronic structure, ”Jena said. “The experience that was initiated with this collaboration has indeed succeeded in achieving this.

While the Paul Scherrer Institute team carried out its ARPES measurements, the Cornell Group manufactured test devices at the Cornell science and technology facility at the nanoscale (CNF) and conducted its own electron transport measurements to gain a macroscopic view of electrons moving through the material interface and the energy barriers they encounter there.

“The beauty of this work is that when you put gallium nitride with niobium nitride, the fundamental properties of each of these materials don’t change,” said research associate Betul Pamuk, who led the computer modeling. and was one of the co-authors of the article. .

The researchers were surprised to find that the electronic states of niobium nitride differed slightly from what modeling and theory had suggested – a difference that would have been impossible to discover without the combination of ARPES measurements and the high crystal quality and purity. chemical of the sample they cultured. .

One of the most promising applications of the superconductor-semiconductor is in high-quality crystalline Josephson junctions, which can enable non-linear electrical behavior and, therefore, stimulate electronics at high speeds and create qubits – or bits. quantum – for quantum computing.

The impact of the project extends beyond gallium nitride and niobium nitride.

“What’s really good here is that, because gallium nitride is so well studied as a Group III nitride semiconductor, by understanding this information for this set of materials, we can figure out how to design. interfaces with other materials, such as aluminum nitride, indium nitride and their combinations, ”said Guru Khalsa, research associate and co-author of the article.

The main co-author of the article was Vladimir N. Strocov of the Paul Scherrer Institute. Other co-authors include David muller, Professor Samuel B. Eckert of Engineering in the School of Applied Physics and Engineering; Celesta Chang, Ph.D. ’20; and researchers from the Paul Scherrer Institute, the German Electron Synchrotron and the Shanghai Research Center for Quantum Sciences.

The research was supported by the National Science Foundation through the Cornell Platform for the Accelerated Completion, Analysis and Discovery of Interface Materials (PARADIM), and the Office of Naval Research. The CNF is a member of the National Coordinated Nanotechnology Infrastructure of the NSF. 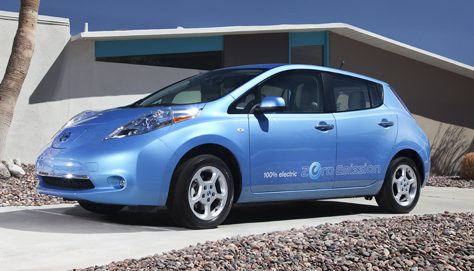