In 1952, at the Los Alamos Science Laboratory, theoretical physicists Enrico Fermi, John Pasta, and Stanislaw Ulam reflected on ways to use the MANIAC, one of the world’s first supercomputers, to solve scientific problems. Back then, problems were solved by performing either laboratory experiments or mathematical calculations by hand. Fermi, Pasta, and Ulam wanted to use their new problem-solving tool, computer simulation, to virtually zoom in on a system and observe atomistic interactions at the molecular level, with a realism that was not possible before.

They chose to simulate a chain of point masses connected by springs, designed to represent atoms connected by chemical bonds, and then observe what happens to the energy as it moves along the chain. The system, which looked like objects on a vibrating string, was important because it was not linear – unable to be solved by being broken into smaller pieces. Interactions between atoms are universally nonlinear, but they could not be observed under a microscope. This experiment on the MANIAC would allow scientists to virtually observe, for the first time, the interactions between individual atoms.

Fermi, Pasta and Ulam designed the experiment; a programmer named Mary Tsingou did it. Tsingou wrote an algorithm, programmed the MANIAC, and ran the simulation over and over again, making adjustments, debugging, and modifying the inputs to compare the results. Fermi, Pasta, and Ulam believed that the energy would spread along the chain and eventually reach equilibrium, but it kept moving, never settling anywhere. Scientists were surprised by the results and the experiment gave birth to the field of nonlinear science, which includes a wide range of scientific and mathematical fields of study, such as chaos theory. â€œNonlinearity is the great frontier of science,â€ says Steven Strogatz, professor of mathematics at Cornell University. This particular experience, he says, “was one of the first attempts by mankind to see what is hidden in these border regions.”

The experiment was historically called the Fermi-Pasta-Ulam problem, or FPU, for the three physicists who wrote the 1955 report, but many scientists now call it the Fermi-Pasta-Ulam-Tsingou problem, or FPUT. In the original Los Alamos report, a column lists “the work by” the three authors plus Mary Tsingou, and the first page includes a footnote: “We thank Miss Mary Tsingou for the efficient coding of the issues and for the execution of calculations on the Los Machine Alamos MANIAC.

Mary Tsingou Menzel is a very humble science game changer. Still living in Los Alamos with her husband, Joe Menzel, she is amazed at the importance of the experience she planned almost 70 years ago. She also continually claims that she never felt wronged by not being included in the naming of the problem. â€œIt never bothered me,â€ Tsingou said. “They admitted that I had done the programming.”

The impact of the experiment on modern science is difficult to overestimate. “Nonlinear science has destroyed the mechanical view of the classical universe by showing how chaos places limits on predictability,” said David Campbell, professor of physics at Boston University. â€œNonlinear studies are now part of the canon of modern science. “

Most systems are, in fact, nonlinear. â€œQuantum gravity, cancer, the immune system, the economy, the resilience of ecosystems, the origin of life, climate change, all of these problems are characterized by thickets of feedback loops and interactions between different parts of the systems that make up the whole. more or less than the sum of its parts, â€says Strogatz. These types of systems could not be studied before computer simulation, and computer simulations could not take place without programmers.

Tsingou first came to Los Alamos to work as a mathematician, but when the opportunity presented itself, she became one of the few people at the time who learned to program MANIAC. It was then that she began to work with Fermi, Pasta and Ulam in a theoretical group that had used the MANIAC, and she became the instrument of a revolutionary experiment. â€œWe were all sitting there together,â€ recalls Tsingou, â€œand they [say], ‘We have this machine; we have to find problems that could not be solved before theoretically. They went through several options but decided to give the vibrating wire a try.

Once she knew what the physicists wanted to test, Tsingou handwrote an algorithm that would be her way to get the results. â€œWe created flowcharts,â€ she says, â€œbecause when you’re debugging a problem, you want to know where you are at so that you can stop in different places and look at things. Like any project, you have an idea, but as you go along you have to make adjustments and fixes, or you have to save and try a different approach.

Running the simulation took years in total, with final calculations taking place in 1955, after Fermi’s death. â€œI was the only one who worked there quite regularly,â€ Tsingou says. Scientists would “work on it, then forget about it for a while and go on another project, then call me up and say, ‘Change that up a bit’ or ‘See if putting more dots gives better results. “” So the process continued for a while as the results were gathered and analyzed and changes made. “They would suggest new things, and we would do that, and then they would get involved in others. problems and me too. “

Although a preprint of the 1955 report was read by a few physicists, the experiment was not widely disseminated until the publication of Fermi’s papers in 1965. But ultimately, the FPUT results revealed a whole new way. to think about and test problems that could not be tested before. Since then, the method of using computers to conduct experiments has become the norm in many fields. â€œThe FPUT problem revealed the power of simulation,â€ says Strogatz. “It showed the scientific world that an amazing new instrument, comparable to the microscope and the telescope, had arrived to explore previously unexplored worlds.”

Simulation has a myriad of uses across the board. â€œDigital experiments are now at the heart of science and engineering,â€ says Dvira Segal, a chemistry professor at the University of Toronto who uses versions of the FPUT chain to conduct digital studies of heat transport. For example, “since FPUT chains do not exhibit normal thermal conductivity,” she explains, “simulating these systems on a computer allows us to discover mechanisms of abnormal heat transport at the nanoscale and to discern the conditions necessary to obtain normal conduction â€.

While the impact of the FPUT has long been celebrated, the full story of the people who created it only began to unfold in the early 2000s, when physicist Thierry Dauxois began to question the name in the footnote. Dauxois was also aware of an article published on the FPU in 1972 by James Tuck and MT Menzel. “A careful reading of the introduction reveals that Menzel was involved in the coding of the original problem, but no one by that name is mentioned in the Los Alamos report,” says Dauxois, director of the Institute of Physics. from CNRS to ENS de Lyon. He infers that MT was Mary Tsingou, posting under her married name, Menzel. Dauxois had worked in Los Alamos as a postdoctoral researcher, and he used his contacts there to arrange an interview with Tsingou, which culminated in his 2008 article in Physics today which triggered the gradual change from FPU to FPUT.

For many scientists, there is no doubt that Tsingou’s name should be added to the experiment. “Today, a person who writes serious computer code to study a problem in any scientific discipline is considered an equal co-author,” explains Campbell. “This is in part because there are now three approaches to studying scientific problems: theoretical work, experimental observations and computational studies,” the last of which encompasses Tsingou’s work on the FPUT. â€œThe discovery relied on Tsingou’s algorithm development, programming, code execution, and data collection and analysis,â€ says Segal. “Given the critical role she played, Tsingou should be considered a co-discoverer of this remarkable result which marks the birth of nonlinear science.”

The FPUT was conducted at the start of Tsingou’s 30-year career in Los Alamos, where she was an expert in the FORTRAN programming language and worked on projects such as the Strategic Defense Initiative, known as ” Star Wars â€. But throughout his accomplished career, people have called from all over the world to ask Tsingou questions about FPUT and ask him about his work on programming new releases. â€œFrom the start,â€ she says, â€œpeople have been interested in the vibrating wire. “

This is an opinion and analysis article; the views expressed by the author (s) are not necessarily those of American scientist.

This article is an extension of previous work by the author in National Security Sciences. 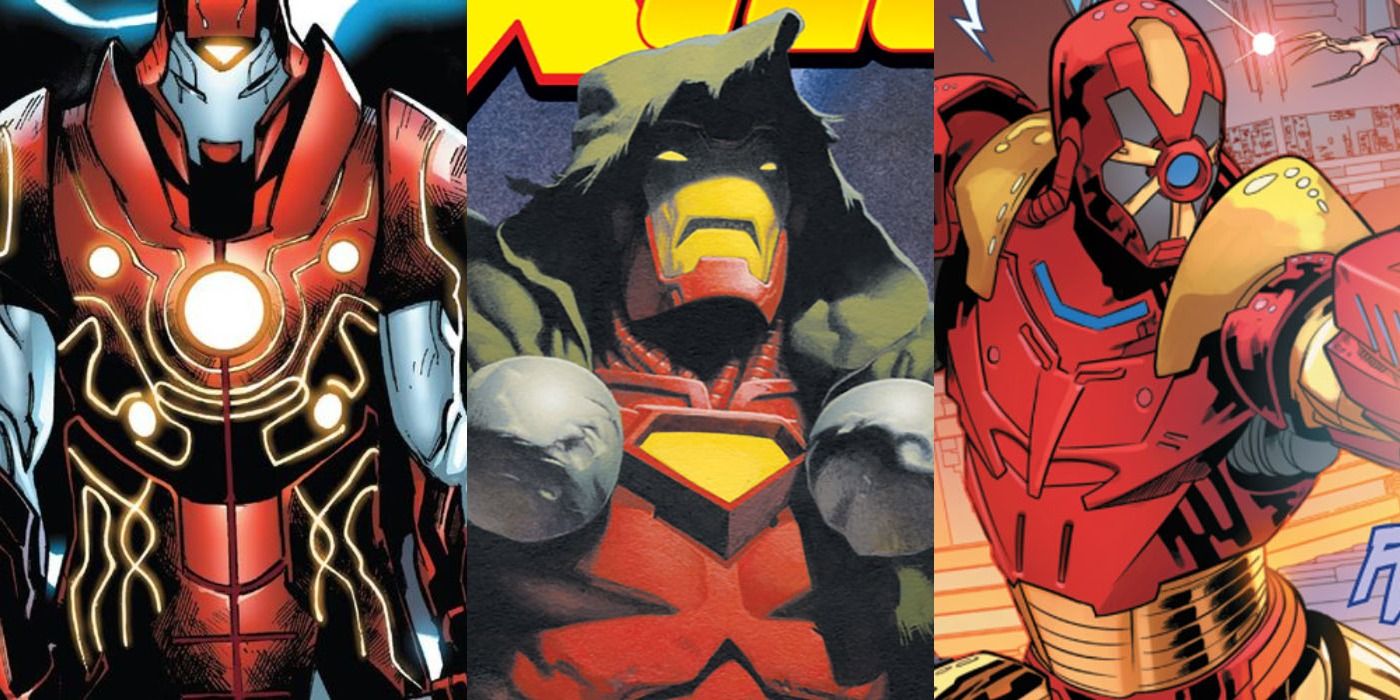 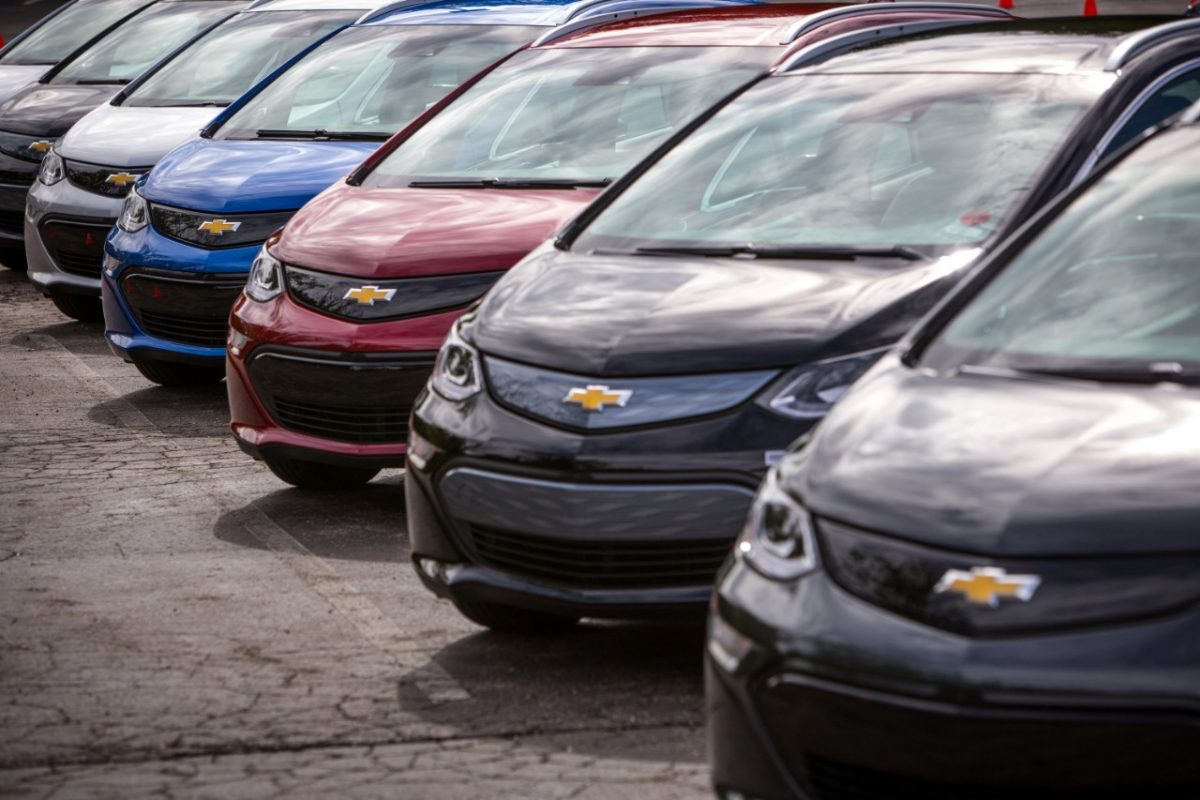 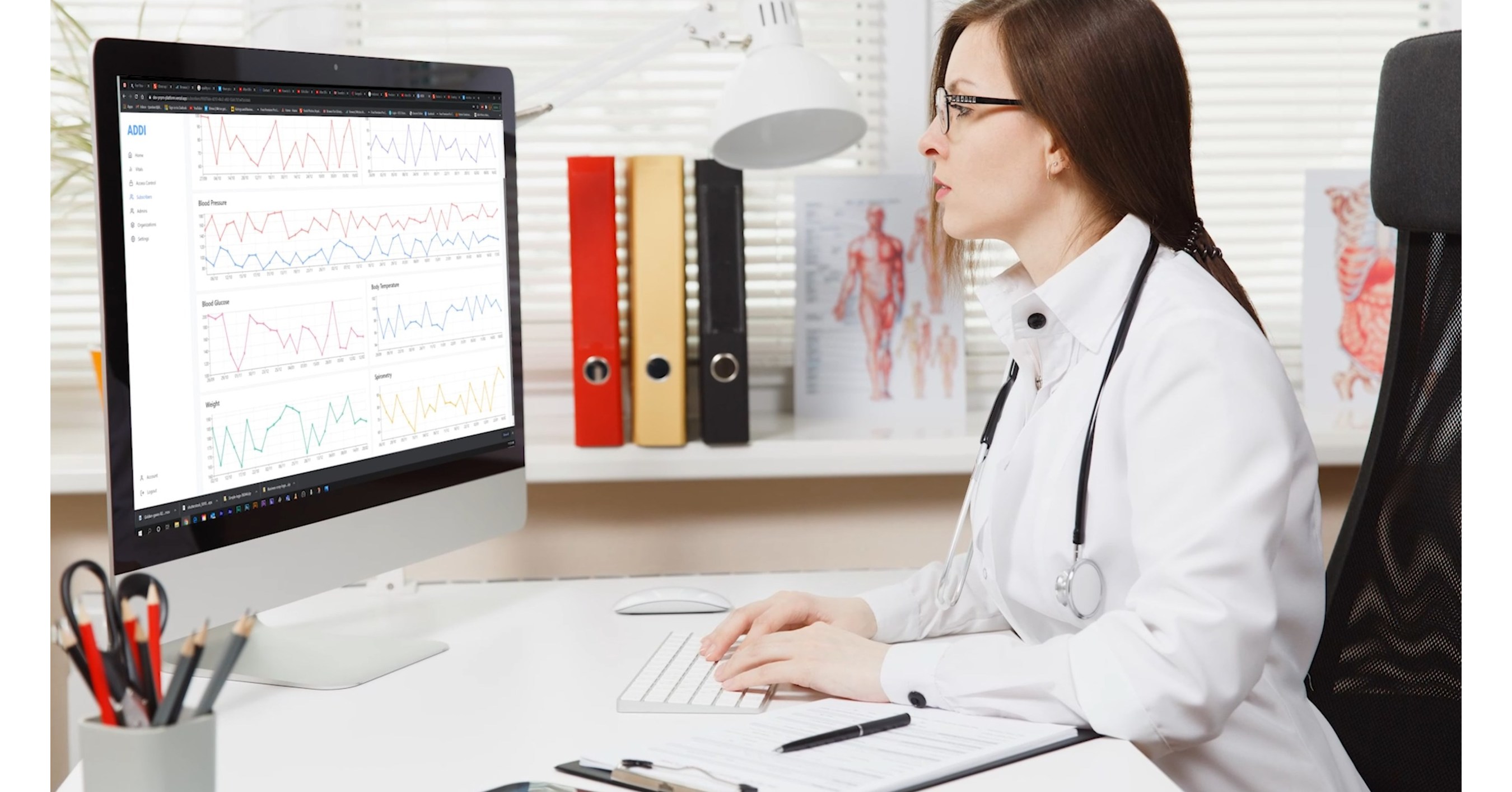 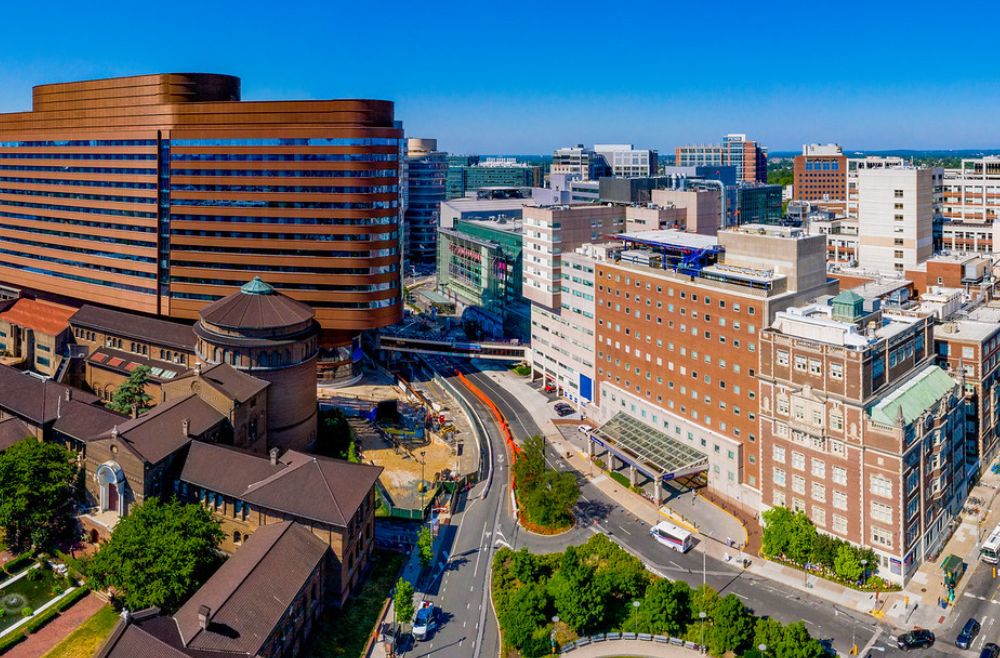 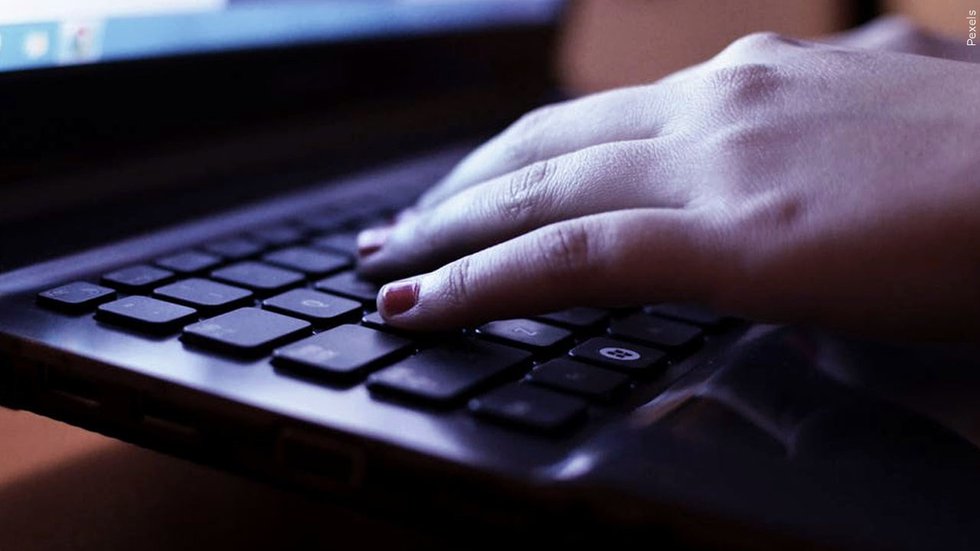